The PEFC alliance continues to grow and thrive, even in these extraordinary times. The Association of Private Forest Owners "Naša Šuma", is one of three new members that joined PEFC during this year’s General Assembly, becoming the PEFC national member for Bosnia and Herzegovina.

"I would like to use this opportunity to express my gratitude towards all members of the PEFC General Assembly who entrusted the Association of Private Forest Owners "Naša Šuma" as national governing body for Bosnia and Herzegovina,” said Aleksandar Mrkobrada, Naša Šuma Secretary General, after the vote.

“Our goal is not modest, but it is not unattainable,” he continued. 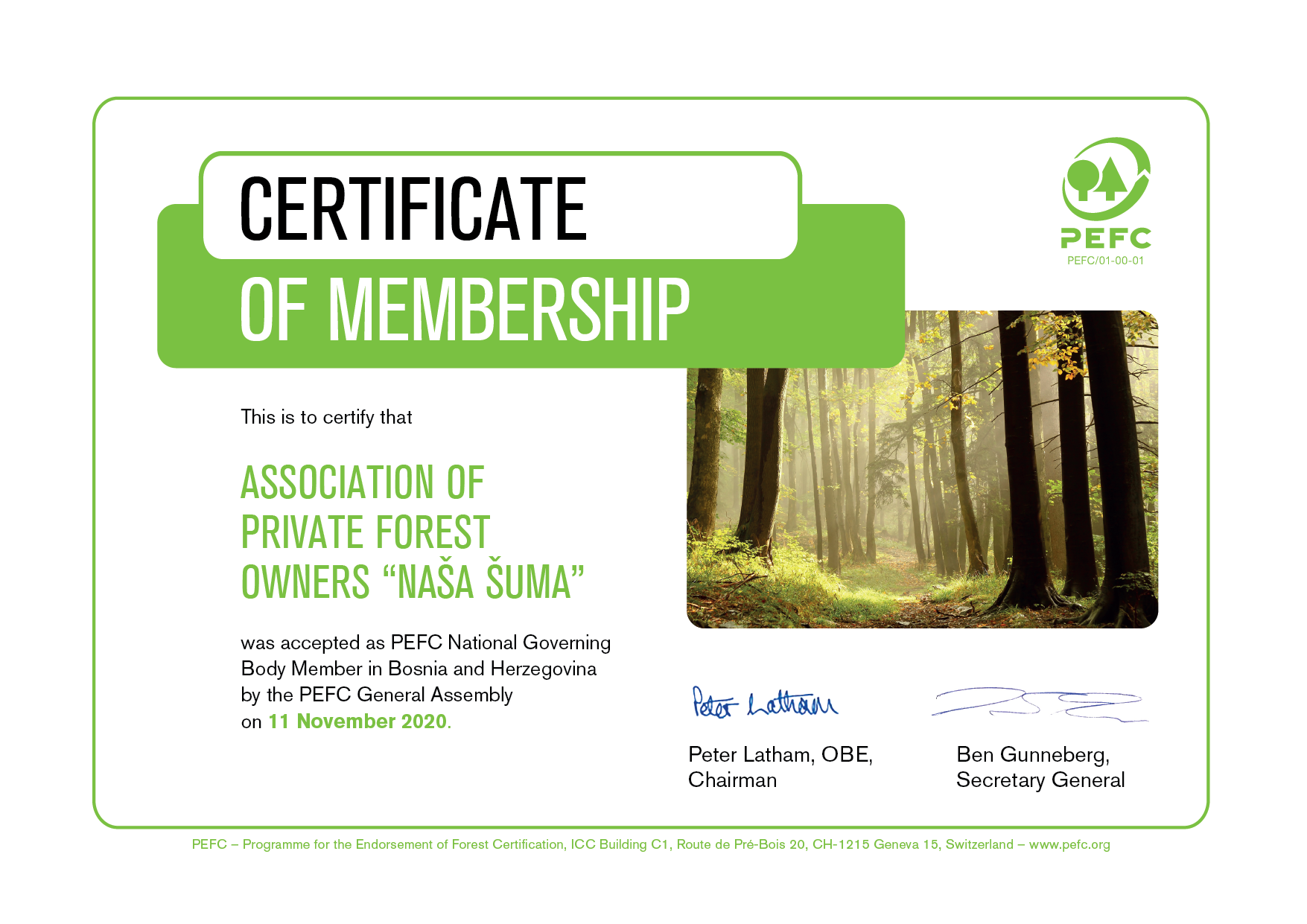 “Our goal is that in the near future all forests from Bosnia and Herzegovina will have a PEFC certificate, and all products from our forests will carry the label "100% PEFC certified", as a confirmation that our forests are being managed in a sustainable way and in accordance with the PEFC standard.”

“We are very happy to welcome Naša Šuma as a national member and we look forward to working with them to achieve their ambitious goal together,” said Ben Gunneberg, CEO of PEFC International.

Better together – joining forces in the Balkan region

Throughout the process of becoming a PEFC member, Naša Šuma has been supported by the government of the Republic of Srpska, one of the two entities composing Bosnia and Herzegovina, as well as by our international stakeholder member CNVP, based in North Macedonia.

Naša Šuma becoming a PEFC member is one of the key steps within the development of a regional system for the Western Balkans.

Two other PEFC national members are participating in the regional initiative: The Institute for Forest Certification in Slovenia and the Council for Sustainable Forest Management in the Republic of Macedonia. The three countries have harmonized their national forest management standards and aim to submit their regional system early next year.

The 25th PEFC General Assembly was the first one to ever be held virtually. Alongside Bosnia and Herzegovina, we also welcomed Turkey and UPM Kymmene Corporation into the alliance.